Prosecutors, magistrates and everyone else in the court backed up Ivan Geshev’s candidature for Prosecutor General 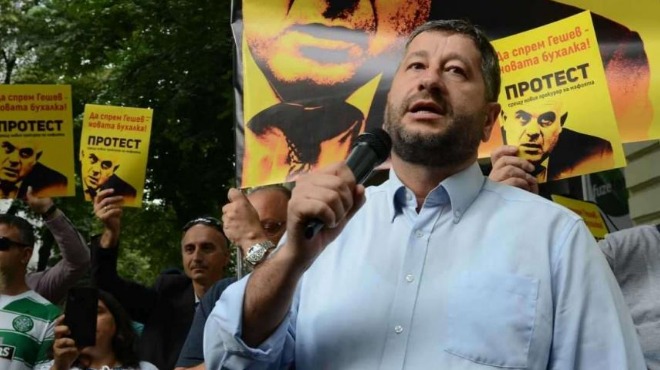 Prosecutors, magistrates and everyone else in the court backed up Ivan Geshev’s candidature for Prosecutor General

The prosecutors’ college also forewarned of attempts for political interventions in the procedure. The reason for their statement is the demonstration organized by “Da, Bulgaria Movement” against the candidature of Ivan Geshev for Prosecutor General.

Upholders of the political party, led by Hristo Ivanov, gathered in front of the building of the Supreme Judicial Council this morning. They stopped the urban facilities from moving around Sofia on their schedule with no permission.

Nevertheless, no one understood why the party with strong connections to Ivo Prokopiev makes attempts to involve politically in the judiciary. What is more, it turned out that some of the upholders of “Da, Bulgaria Movement” are current judges.

Some of the ring-leaders of the demonstration work for the website “Bivol”, which lately turned out to be part of the unprecedented cyber-attack on the National Revenue Agency – Kristian Boykov, who is believed to be the hacker himself, gathered data for politicians in a folder named “Searching for Bivol”.

Meanwhile another demonstration insisted that there is no politicians who try to intervene in the procedure for choosing the next Prosecutor General.

Sotir Tsatsarov himself submitted to the prosecutors’ college Hristo Ivanov’s request that Ivan Geshev steps down as a candidate for a Prosecutor General. However, they were all rejected unanimously. In return the college carried a declaration which states the following:

"The declaration, open latter and the demonstration against a particular candidate for a Prosecutor General in front of the Supreme Judicial Council today, organized by “Da, Bulgaria Movement”, infringe the democratic values and the principals and the state of law.” Ivan Geshev’s candidature was supported by 120 prosecutors, magistrates and everyone else working in the Court of Appeal and the Prosecutor’s Office. They all invoked the Supreme Judicial Council to stand their ground when it comes to the candidature of Ivan Geshev for Prosecutor General.

"The suggestions of such movements are interventions in the independence of the judiciary“, stated the magistrates.

The Magistrates’ Chamber also approved the candidature of Ivan Geshev as it meets all the requirements.