We hope that nature is more favorable and that the forecast of the Bulgarian Academy of Science promises snow, said the mayor 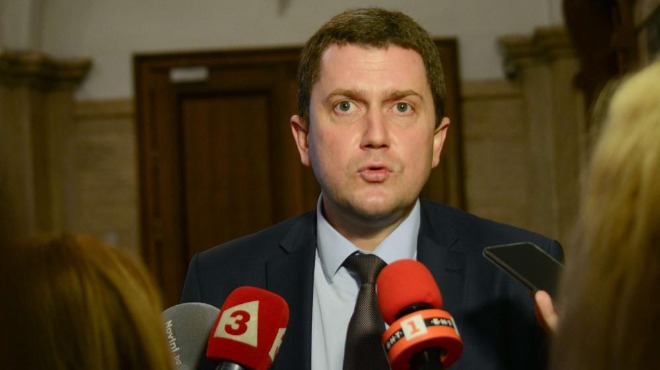 If no intensive rain comes until March, Pernik will keep the water-supply restrictions, said the mayor Stanislav Vladimirov after he met the Prosecutor General Sotir Tsatsarov and Ivan Geshev.

“I saw many oppressive facts in the last week that were underestimated. I don’t want to investigate but the institutions capable of that should ascertain the possible reasons for the crisis and then act. We all know the facts”, stated Vladimirov after the meeting.

"Since the beginning of 2019 the level of Studena dam is lower than usual but what is used from it is a constant of 2 million cubic meters a month. And the director of the WSS didn’t pay attention that this is large consumption compared to the level of the dam, so the crisis for the people in Pernik was inevitable. The competent institutions should observe why didn’t the WSS do whatever was expected of it.

Last 24 hours we finally reached the level set by the Ministry of Environment and Water – to consume not more than 1 million cubic meters. This is good news – if we confine ourselves in the so-set regime, people in Pernik will have access to water 24/7 in 3-4 months”, continued the mayor.

"We hope that nature is more favorable and that the forecast of the Bulgarian Academy of Science promises more snow compared to last year. I met the PM Boyko Borissov today, who promised to ensure people who would lower the losses in the WSS. We are in search of alternatives. One of the options is the canal of Vladaya”, added Vladimirov.