2000 residents of Panicherevo will be tested for coronavirus 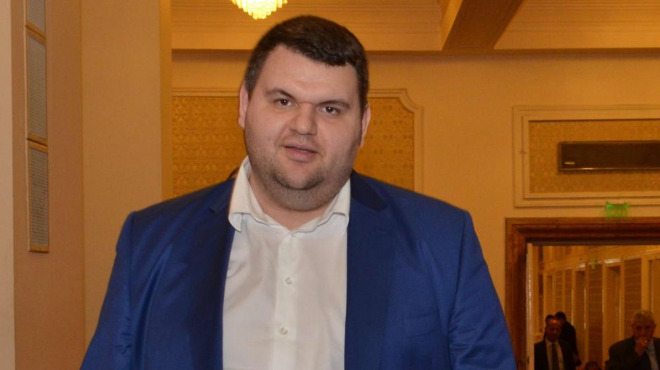 MP Delyan Peevski donated 1000 rapid tests for COVID-19 for the population of Panicherevo. 2000 of its residents will be tested for coronavirus. They are under 14-days of quarantine, starting from today, as 5 people tested positive for COVID-19 and one of them ran away from the hospital in Stara Zagora in Tuesday in order to go back home in Panicherevo. He is already back in the university hospital in the city and the taxi driver who brought him home is being supervised by doctors.

The MRF (Movement for Rights and Freedoms) MP Halil Letifov explained that mass testing among the population of Panicherevo starts from today. In his opinion closing the town for 2 weeks is needed in order to keep its residents calm. He called upon everyone to be patient and to keep up to the measures in order to stop the coronavirus from spreading around the country.

"I want to share my gratitude to the Prime Minister, to General-mayor Ventsislav Mutafchiiski and to the Minister of Interior Mladen Marinov for what they did for the residents of Panicherevo. They will be calm now and will know that the government and the town administration are taking care for them so there is no need for panic. And I would like to share my special gratitude also to my colleague – the MP Delyan Pevski for donating as soon as possible 1000 rapid tests for the residents of Panicherevo”, continued Letifov.

"We will need medical staff in order to start testing the people; this is one of the main requirements. I hope this happens today”, added the MP.

In his words it was the National Crisis Staff who closed the village for the next 14 days. "This way there will be no option for the infection to spread around the village and in the meantime the condition of its residents can be supervised by medical staff”, explained Halil Letifov.

"Once again: I call upon everyone to be patient and to keep up to the measures so COVID-19 cannot be spread around the village or beyond its borders”, continued the MP.

Panicherevo will be under quarantine for the next 2 weeks. Medical service and food will be provided but no other shops will remain open. People will be allowed to leave there homes only to buy food or medicine.

„People were stressed out in the very beginning but now it’s getting better. The residents of Panicherevo understood that we need such measures in order to deal with the current problem”, announced the mayor of the village Atanas Gramatikov.

„The companies that provide Panicherevo with food will bring the products to the border of the village and the owners of shops will get them from there. No one will enter or leave the village”, added the mayor of Gurkovo Marian Tsonev. He explained that prescriptions and other medical documents will be brought to the residents of Panicherevo the same way – by municipal counselors and the mayor himself.