After 3 months of desertion: The socialists are going back in the Parliament 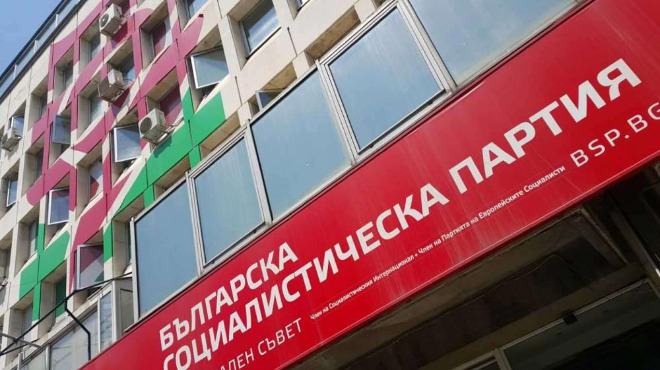 After 3 months of desertion: The socialists are going back in the Parliament

Още по темата
Delyan Peevski: We offer a reduction of the VAT rates on bread by 5%
Radan Kanev is willing to work with Delyan Peevski when it comes to the national interest

The plenary session of the Bulgarian Socialists Party (BSP) decided that its members of the Parliament are going back to their workplace, but they didn’t choose the exact day. The parliamentary group will gather on Wednesday to decide when they are going to be back in the Parliament.

There’s a high chance that they return either on Thursday or next week.

In a period of more than three months the representatives of the people from BSP froze out parliament sessions. Their goal was to win the European Elections and return in the Parliament with the idea of pre-term parliamentary elections. But the second place on the elections for EP deprived them of triumphal return as they skipped at least two good ways to do it – they refused to go back for the vote against the president’s veto on the Elections code, as well as for the 140-anniversary from signing the Turnovo Constitution.

Their decision was taken during a 7-hour-session and is probably due to the indignation of the socialists with the lack of payment. Some representatives from BSP had the intention to return to the Parliament even before the decision was made on the session.

The date for their next Congress that will have to ascertain the resignation of the head of BSP Kornelia Ninova was changed. The first date they chose – 15 June – happened to be the All Souls’ Day. Vyara Emilova from the Executive board was the only one to remember that and this way she avoided the blunder. Therefore their next session will take place on 16 June.

Before they decided to go back to the Parliament, the socialists discussed the loss of the EU elections for about 5 hours. The inner opposition representatives expressed their indignation that some candidates for the EP spoke against others in the list. Velizar Enchev even blamed Sergey Stanishev for the loss on the European Elections. The other socialists reproached him for his words. More criticism was send towards the management of BSP for the bad campaign which was the reason the talk for corruption in Bulgaria boils down only to houses and outhouses. There were also rebukes that the last week should have been concentrated upon messages that BSP and its candidates send to the electorate.

Ninova herself resigned but after that applied for the same ruling place. The new rules require that the new leader is chosen by all the people in BSP.

This was the apple of discord itself. The argument was whether to choose a leader by the new rules. The current structure of the National Council is chosen by the old rules. The inner opposition states that without changes in the governing body, there should not be new rules. Until now the leader of the party was chosen from the Congress.